FREE SHIPPING ON ANY ORDER OVER $49.00 IN THE CONTINENTAL UNITED STATES! 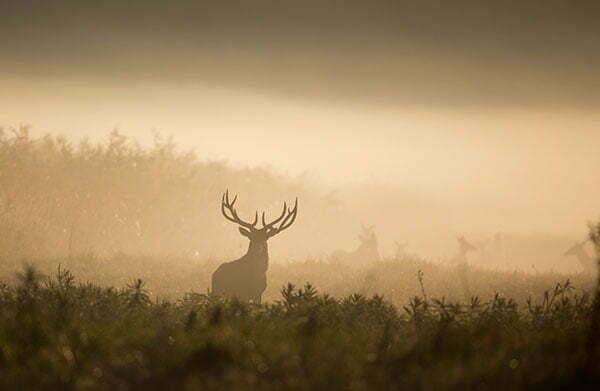 I was not raised into this. Grandpa or Dad never took me hunting. It wasn’t until my late 20’s that I met a group of “outdoorsmen” at work. One of them asked me, you ever been Huntin’? I had never been but had always wanted to, I told him. A week before the season opened, my friend was driving to work and rolled his van into a ditch. With his new back and neck issues, I knew then that I would have to do it alone if I was going to hunt that deer season. After some tips and pointers from some of the guys around the shop, I prepared myself for my first whitetail deer hunt. I had just recently bought my first shotgun (a camo Remington 870 Express Super Mag); I threw together what bits of camo clothing I had collected and called myself ready.

I pieced together some Camo with an orange hat, vest, and leather steel toe boots. It was a very chilly morning, 19 degrees. With a few tips on where to go and what to do, I headed out to a cut corn field at the edge of my local public, walked back to the far corner, and sat in a bush facing the field. As the sun began to rise, I looked around the field edge accessing the situation. I quickly realized that there were about 20 other orange vests I could see surrounding this field. I thought to myself, this cannot be safe — 20 people sitting around this field waiting on one deer. About 30 minutes after the sun was up, my hands and toes were so cold that I could not feel them. While looking at all these orange dots around this field, a guy walks out of the woods up the trail I had no clue I was sitting on. He wished me good luck as he passed me, and off he went. All I could think was I wondered where he came from, so I stood up from my bush and walked into the woods.

The woods were not very deep, and it was a short trail over a small dry creek. As I exited the trail on the other side of the woods, it opened into what looked like large, mowed paths with patches of timber between them. On the left side of the area, I was hunting butted up to a waterfowl resting area, which is off limits for hunting. So, As I exited the woods, I turned right down the mowed path and began to walk. These paths are about 10 yards wide and are interconnected between all the timber patches like whitetail highways. I was walking down these paths looking at the ground at all the deer tracks trying to figure out a game plan or what I should be doing. I reached a T intersection that ran the length of the waterfowl resting area.

I heard some leaves crunch. My head whipped up, and there in front of me was the first buck I had ever seen looking right at me! He was about 30 yards in front of me. Quickly I raised my shotgun and settled the bead behind his front shoulder. I flipped the safety off and began to settle my finger on the trigger. My heart was racing so hard I could hear it in my ears. Right before I pulled the trigger, I saw the wire fence (the waterfowl resting area border). The buck was on the other side in the no-hunting zone—just five feet past the line. I lowered my shotgun and he very calmly trotted into the woods, never to be seen again. I spent the rest of that season sitting on the ground in that intersection, hoping he would come back out of the woods and give me an opportunity. I never got an opportunity at a whitetail that season, but the moment I settled my bead on that buck, I knew it. I felt it in my soul. I was hooked. I was obsessed. From that moment, thoughts of harvesting my first Whitetail Deer consumed my mind. I knew that I would not stop until I was successful.

Subscribe to our newsletter to get important news, amazing offers & inside scoops: